Here’s a must-attend event sponsored by Slow Food Russian River for those interested in how we invest in our soils, our farmers, mitigate the effects of climate change and create a truly sustainable food & ag system.

Climate change is forcing us to rethink farming methods. Globally, more than twice as much carbon is stored in our soil as in our living vegetation. Maintaining that soil and getting more carbon sequestered in the land is a key part of mitigating the crisis. The farmer is a great, untapped resource in the fight against climate change. Hear about solutions emerging from the land:  from the soil, the crops, and the farmers who are employing climate-friendly methods to restore and regenerate the soil. Learn how your informed choices about your diet and your garden have an impact. And how Sonoma County and California are leading the way.

We will enjoy a lunch break right after Anna Lappé’s talk. Bring your lunch or reserve a box lunch online (chicken or vegetarian) for $12 with your ticket. There will be coffee, tea and water.  Please bring your own water bottle and refill it.

Lunch is followed by a conversation with Diana Donlon and Michael Dimock. The event ends at 3pm. 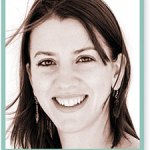 Anna Lappé is a national bestselling author of Diet for a Hot Planet and a widely respected educator and speaker, known for her work as an expert on food systems and as a sustainable food advocate. She is the founder of the Small Planet Institute and Small Planet Fund with her mother, Frances Moore Lappé. She is also the founder and director of the Real Food Media Project, a web-based action center to grow the movement for sustainable food and farming. 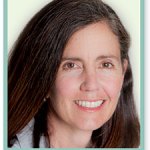 Diana Donlon is the director of Food and Climate at the Center for Food Safety where her work centers on advancing the global opportunity to mitigate climate change, increase food and water supplies and protect habitat through rebuilding soil carbon. Soil Solutions to Climate Problems, a new four-minute film she produced, was screened by the French Ministry of Agriculture at the recent UN Climate Conference in Paris. Diana has worked for a variety of family foundations supporting youth and sustainable agriculture programs. 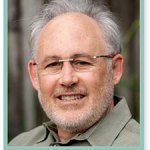 Michael Dimock is the president of Roots of Change, an organization dedicated to creating a sustainable food system in California by the year 2030.  ROC builds relationships within various parts of the food system including farmers, workers, environmentalists, food justice advocates and government  to create a food movement that offers communities better health and resilience for the 21st century. Michael is a co-founder of Slow Food Russian River and a Past President of Slow Food USA.